The Georgia Alliance To End Homelessness, along with partners such as the Institute on Healthcare Improvement, the National Alliance to End Homelessness andCommon Ground will launch Georgia as the first state to join the national 100,000 Homes Campaign, a grass roots movement to find and house people who have been homeless the longest and who are at greatest risk of dying during the next three years.

To accomplish this objective, this effort will rely heavily on relationships with the 159 Georgia counties and 722 Georgia cities that have the most severe homeless problems and existing partnerships with stakeholders in each of these communities. Stake holders include housing providers and authorities, outreach teams, faith based groups, business leaders, student groups, healthcare providers and many others all working together to identify by name, the people most deeply entrenched in homelessness and to house them as quickly as possible.

If you are interested in becoming involved in helping to lead the campaign in your Georgia community or if you have questions contact Tom Plamann at tom@gahomeless.org

More About the 100,000 Homes Campaign a national movement to find and house 100,000 vulnerable homeless people in three years.

The 100,000 Homes Campaign is uniting change agents across the country to finish the job of ending chronic homelessness. The campaign is a team effort, coordinated by Common Ground and the Institute for Healthcare Improvement, that brings together stakeholders from across the nation in this urgent work. The National Alliance to End Homelessness, Corporation for Supportive Housing, the United Way - and many others - are coming together in support of local teams, consisting of change agents in city and county human service departments, Continuum of Care agencies, 10 Year Plan agencies, public housing authorities, health care providers, business improvement districts, faith-based and community groups. Guided by a shared conviction that no one entity can accomplish this ambitious goal alone, these national and local teams are committed to housing 100,000 people over a three-year period, starting with the official launch of the campaign at the National Alliance to End Homelessness Conference in July 2010.

At the local and national levels, we are already spending more to maintain homelessness, through unnecessary jail and hospital stays and costly extended shelter stays, than we would need to end chronic homelessness. The Campaign will work with local and federal partners to refine and disseminate tools that will hasten the realignment of resources to produce housing placement for our most vulnerable citizens and cost reductions in the institutions that have too long borne the burden of their inappropriate use. Additionally, the Campaign seeks to harness in new ways the generosity of volunteers to support our housing placement and retention goals.

HOW THE CAMPAIGN WORKS

The 100,000 Homes Campaign is designed to fundamentally alter the response to chronic homelessness by giving communities concrete tools to rapidly identify and house their most vulnerable. The initiative provides rich guidance and resources to support local implementation, and creates numerous opportunities for leaders to connect and collaborate with other change agents across the country to more broadly and rapidly disseminate promising practices.

100,000 Homes Campaign communities launch their participation in the campaign with a Registry Week that brings together hundreds of volunteers to administer a survey (the Vulnerability Index) and create a by-name registry of everyone experiencing homelessness. That registry is broken down into sub-populations (veterans, medically fragile, seniors, and youth) and prioritized, matching those in the greatest need to housing. The registry provides the concrete, actionable data around which local agencies can set shared aims and pool resources to solve homelessness.

In addition, the campaign accelerates innovation and improvement of the housing process by bringing change agents from each community together in a national network of learning. Communities discuss common challenges and breakthrough ideas in online exchanges, weekly conference calls and other regional forums, and they join forces to consolidate best practice and influence policy.

Work groups also form around specific sub-populations, such as the most frequent users of hospital emergency rooms. The Hospital to Home work group links hospitals with local housing providers. These collaborations work to improve health outcomes while reducing health system costs by arranging for stable housing and primary care coordination. Additional work groups are forming to support veterans, seniors, and youth, and to mobilize business leaders and volunteers to tap into their energy and resources.

Since 2008, Common Ground has worked with 17 communities to pilot the methodology that underpins the Campaign. These communities have completed Registry Weeks, created by-name listings of their homeless populations, and used the Vulnerability Index that identifies conditions associated with a high mortality risk to prioritize their housing list, placing over 1,900 long-term and vulnerable individuals to date. Housing retention rates range from 85% and 95%, among these pilot cities. Equally impressive are the cost savings to communities associated with this targeted housing placement.

Though over 2 million people experience homeless ness in the United States in the course of a year, a much smaller number of households - an estimated 130,000 individuals and 10,000 families - remain trapped in homeless ness for extended periods. These households are the most likely to have severe challenges that interfere with their ability to find and maintain a stable home. Housing with support services to help manage health, mental health, education and employment issues is far more cost effective than the costly emergency services these households now rely on. The Campaign focuses on reaching and housing 100,000 of these highly vulnerable individuals and families.

The housing process in the Campaign will unfold incrementally and target fifty large communities with the most significant homelessness burden. Other communities will be invited to take part but, with as many as 75,000 chronically homeless, these communities demand the most urgent attention.

In the phase leading up to its formal launch in July, the primary effort will be to engage half of these target communities - those that have already completed registries or made significant advances in housing their most vulnerable. Together, they will house 5,000 people by July 2010 (they have housed 1,900 through February 2010), intensively study and refine the housing process, and act as mentors to the remaining large cities that will come aboard between the effort's launch and July 2011. These fifty target cities - by housing an average of 300 people each by July 2011 - will cumulatively house 15,000 in the effort's first year, drawing additional attention, energy and resources to the work. Over the two remaining years, they will together house almost 55,000 persons by reaching between 60-100% of their chronically homeless.

GETTING STARTED IN YOUR COMMUNITY

The 100,000 Homes Campaign initially seeks to partner with the American communities which have more than 1,000 unsheltered homeless persons according to the most recent Annual HUD Assessment Report Helping these communities to succeed is critical to making national progress in reducing homelessness. Working with these highly impacted communities to introduce the process innovations that lead to reduced street homeless ness, reduced veterans' homelessness and reduced frequency of use of healthcare systems will produce further innovations that will be shared with all enrolled in the Campaign. Upon enrolling in the Campaign, community leaders are immediately invited to attend weekly Innovations Calls to learn from program innovators and leaders from other participating communities. A Registry Week is scheduled for each newly enrolled community. Communities may choose to send two representatives to an upcoming Registry Week in another city to learn first-hand how to lead this event, or can host two certified Registry Week facilitators who have successfully led this process before.

By the Campaign's close in 20l3, the effort will have dramatically reducing chronic homelessness. It will have created a nationwide network of community problem solvers able to use data to systematically organize resources to prevent and end homelessness. It will save lives and reduce health care spending among those whose health is made worse by their living conditions. It will help rebuild the civic infrastructure of American communities by equipping neighbors, faith communities and other volunteers to work with government and not-for-profits to identify and use the resources that exist in every community to house those in greatest need. 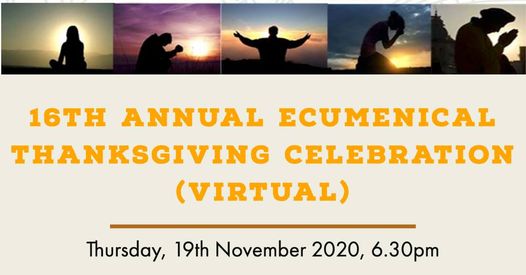