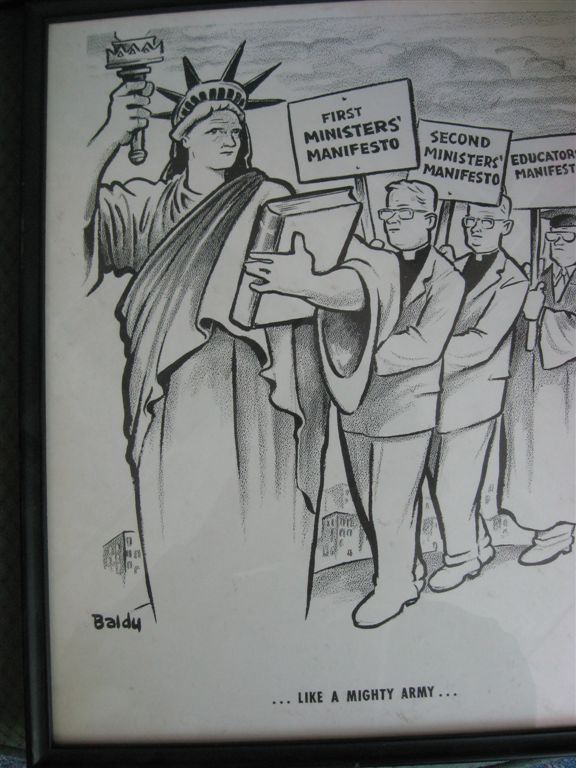 A brief overview of the circumstances around the publication of the Manifesto:
When Pres. Dwight Eisenhower sent federal troops into Little Rock, Arkansas, to desegregate the public schools in defiance of Governor Orval Faubus' refusal to comply with the Supreme Court decision of 1954, the forces of resistance in Atlanta and throughout the southeast were intensified. Public education was in jeopardy and the moderation flaunted in Atlanta's state motto was about to give way to hysteria. As the State Legislature considered closing the public schools, Dr. Roy O. McClain of Atlanta First Baptist commented that the pulpits of the city were silent on the issue. Ralph McGill, Editor of the Atlanta Journal-Constitution offered the clergy of Atlanta prominent coverage for the Christian response to the situation.

Through the auspices of the Christian Council of Metropolitan Atlanta (now the Regional Council of Churches of Atlanta) a dozen or so clergy formed a steering committee to respond. The Manifesto was written and copies were taped to tables at receptive churches located throughout the city. Eighty ministers representing the major denominations signed the document not speaking for those denominations nor for their congregations but as ministers of the gospel, Georgians, and Americans. A year later the manifesto was updated and this time signed by 315 clergy.

The Atlanta Constitution published the Manifesto on November 3, 1957, and reported on this bold action on November 4, saying , in part, “The statement comes from men of disciplined minds and disciplined emotions. It is characterized by those virtues on which Georgia was founded-wisdom, justice, moderation. Eighty of Atlanta’s ministers have responded to an obligation and a challenge.”

THESE ARE DAYS of tremendous political and social tension throughout our entire world, but particularly in our nation and beloved Southland. The issues which we face are not simple, nor can they be resolved overnight. Because the questions which confront us are on so many respects moral and spiritual as well as political, it is appropriate and necessary that men who occupy places of responsibility in the churches should not be silent concerning their convictions.

The signers of this statement are all ministers of the Gospel, but we speak also as citizens of Georgia and of the United States of America. We are all Southerners, either by birth or by choice, and speak as men who love the South, who seek to understand its problems, and who are vitally concerned for its welfare.

In preparing this statement we have acted as individuals, and represent no one but ourselves. At the same time we believe that the sentiments which we express are shared by a multitude of our fellow citizens, who are deeply troubled by our present situation and who know that hatred, defiance and violence are not the answer to our problems, but who have been without a voice and have found no way to make their influence effective.

IN PRESENTING our views for the consideration of others we can speak only in a spirit of deep humility and of penitence for our own failures. We cannot claim that the problem of racial relationships has been solved even in the churches which we serve, and we are conscious that our own example in the matter of brotherhood and neighborliness has been all too imperfect. We do not pretend to know all the answers.

We are of one mind, however, in believing that Christian people have a special responsibility for the solution of our racial problems and that if, as Christians, we sincerely seek to understand and apply the teachings of our Lord and Master we shall assuredly find the answer.

We do not believe that the South is more to blame for the difficulties which we face than are other areas of our nation. The presence of the Negro in America is the result of the infamous slave traffic—an evil for which the North was as much responsible as the South.

WE ARE ALSO conscious that racial injustice and violence are not confined to our section and that racial problems have by no means been solved anywhere in our nation. Two wrongs, however, do not make a right. The failures of others are not a justification for our own shortcomings, nor can their unjust criticisms excuse us for a failure to do our duty in the sight of God. Our one concern must be to know and to do that which is right.

We believe that the difficulties before us have been greatly increased by extreme attitudes and statements on both sides. The use of the word “integration” in connection with our schools and other areas of life has been unfortunate, since to many that term has become synonymous with amalgamation. We do not believe in the amalgamation of the races, not do we feel that it is favored by right thinking members of either race.

We do believe that all Americans, whether black or white, have a right to the full privileges of first class citizenship. To suggest that a recognition of the rights of Negroes to the full privileges of American citizenship, and to such necessary contacts as might follow would inevitably result in intermarriage is to cast as serious and unjustified an aspersion upon the white race as upon the Negro race.
Believing as we do in the desirability of preserving the integrity of both races through the free choice of both, we would emphasize the following principles which we hold to be of basic importance for our thought and conduct:


To such prayer and obedience we would dedicate ourselves and summon all men of good will.

These are the Atlanta ministers signing the declaration of beliefs on the racial problems in alphabetical order: 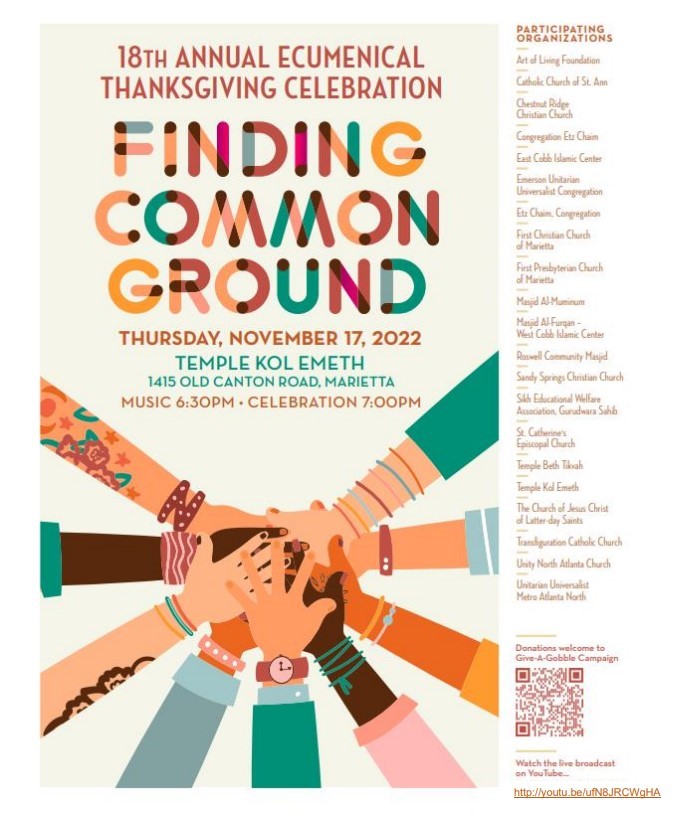 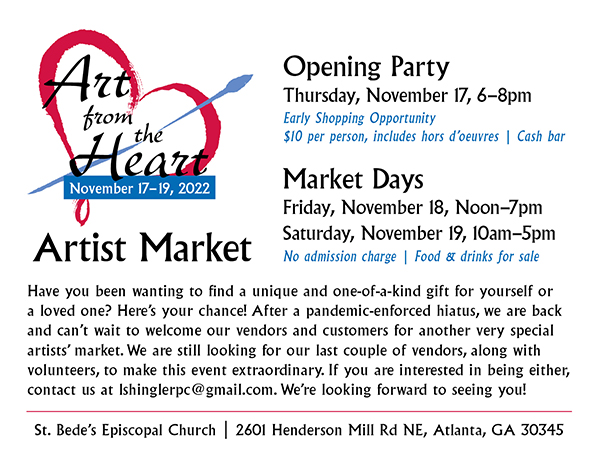 The Evangelical Lutheran Church in America, saddened by the all-too-frequent occurrences of gun violence in the U.S., invites you on a journey of prayer, scripture, stories, and church teachings with this resource, A 60-Day Journey Towards Justice in a Culture of Gun Violence - an ELCA Resource  Through daily observances, it calls us to work toward the prevention of gun violence as people of God who strive for justice and peace in all the world. It may be used for individual reflection, group Bible study, adult education sessions, and congregational daily devotions. This began on June 16 but can be used at any time.