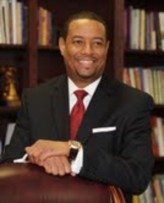 Cascade United Methodist Church will present $22,000 to Morris Brown College during its  service Sunday and, according to church leaders, fulfill the college's goal of paying off a $500,000 debt to the U.S. Department of Education. The funds represent the exact amount needed to help the 130-year-old landmark institution reach its goal of eliminating its current federal government debt, according to a news release from church officials about the funding.  Morris Brown College President Dr. Stanley Pritchett will attend the service to accept the donation.

According to Cascade UMC members, the effort began last month when Senior Pastor Rev. Dr. Marvin A. Moss received a letter from Pritchett announcing the U.S. Department of Education's offer to settle the college’s multi-million dollar debt with an amount of $500,000.

On Sunday, July 3, Pastor Moss explained the fundraising effort during the 8 a.m. and 11 a.m. services. In the weeks following, two special offerings were taken; and members continue to donate during services and online. According to the church, Dr. Pritchett has said that the college has now raised $480,000. With Cascade’s donation this morning, Morris Brown will have more than enough funding to pay the settlement, due Wed., Aug. 24.

“We recognize the historical significance of Morris Brown College to our community and the world,” says Rev. Dr. Moss.  “We are grateful that our Cascade members have answered the call during these tough economic times. We are called to be a light in the community so we are pleased to participate in this vital way.”

The donation will take place on “United Methodist Student Sunday,” and the church fundraiser falls in line with Cascade’s goal of supporting indivduals pursuing higher education.

Emory University’s Candler School of Theology in Atlanta and The General Theological Seminary in New York are entering an innovative partnership that includes the sharing of library resources, collaborative educational programs and the exchange of both students and faculty members. Candler is one of 13 seminaries of The United Methodist Church and GTS is a seminary of the Episcopal Church founded in 1817.

Read the complete story at Candler-GTS.

“This is a win-win situation for Candler and GTS, allowing us to share the unique and complementary resources of each institution to create enhanced educational possibilities for students and faculty,” says Jan Love, dean of Candler. “Partnering with GTS enables Candler to further strengthen our respected library, our links to the Episcopal Church and our commitment to ecumenical openness.”

The library sharing between the two schools begins this fall, while the student exchange program is slated to start in the 2012-2013 academic year. Details of the faculty exchange and educational program collaboration components are still in development.